HBO’s “Folklore”, is an Asian horror anthology, which is set to debut in February via HBO Go, HBO Now and HBO on demand. The hour long series will feature six episodes from different countries, which includes Japan, Indonesia, Malaysia, Korea, Singapore and Thailand. All episodes are shot with different directors in their native language. This HBO Original horror anthology series features the deeply-rooted superstitions and myths of each country. 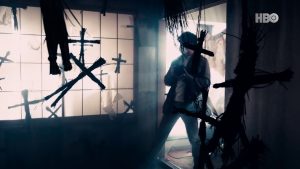 According to Entertainment Weekly, the episodes will include, “the Indonesia-set “A Mother’s Love” about a single mother and her young son who discover a group of dirty and underfed children living in a mansion’s attic and a tale from Malaysia called “Toyol” in which a Member of Parliament turns to a mysterious woman who possesses shamanistic powers in order to salvage his town’s dire economic situation.” The other episodes are, “Tatami” (Japan), “Nobody” (Singapore), “Pob” (Thailand), and “Mongdal” (Korea). Catch the entire first season on HBO in February.

Christian A. Morán
Christian A. Morán has been working on feature films, shorts, music videos and in documentaries, for which he won an award in 2002 at the Aurora Film Festival. As a Production Manager and Senior Editor at Media Blasters Inc., he has worked on and revived numerous Cult and Horror titles such as Lucio Fulci's Zombie 2, Takashi Miike's Ichi the Killer and One Missed Call. He also worked on post-production for Fever Dreams' feature, "Shadow: Dead Riot", starring Tony Todd of Candyman and worked on "Death Trance" directed by Yuji Shimomura and starring Versus' Tak Sakaguchi. Christian has also worked on animated titles including Invader Zim, Berserk, Giant Robo, Samurai Deeper Kyo, 12 Kingdoms and Voltron: Defender of the Universe. He also produced and edited a promotion video for a branch of The United Nations called Alliance of Civilizations which featured President Barack Obama. Currently, he is working with legendary producer Roger Corman and Code Red DVD, who handle titles from MGM (Metro-Goldwyn-Mayer). At this time he is producing and directing his own films such as Silentious (2013), Flawed God (2014), Halloween Treat (2014) and the award winning film, Let's Play Dead Girl (2015).

‘Creepshow’ returns as a ‘Survivor Type’

The first look at new Stephen King’s ‘THE STAND’

STARZ’ ‘VIDA’ has already proven there is an audience for Latinx American stories. Get ready for Season 2. 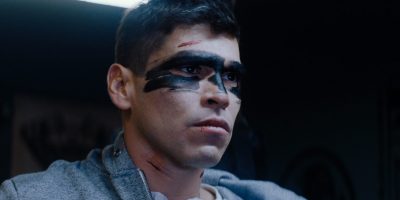 REVIEW: ‘Pet Sematary’ is back from the dead reminding us once again never to move by the woods!