0
A paramedic is desperate to start a family with his girlfriend that he will harm anyone who gets in his way.

Despite a tragic accident, a controlling paramedic only grows more despicable and demanding until his beautiful girlfriend finally gets the courage to leave him. However, this only makes him more desperate to have her and to start a family together, and he will harm anyone who gets in his way.

“Will you stop screaming?”

When you are injured or nearing death, who do you want to save you? A caring, sympathetic doctor who would pour all his heart and passion to save you? How would you want him to comfort your loved ones after you pass away? Angel, ‘The Paramedic‘ or ‘El Practicante,’ is truly the most loathsome villain so far on my playlist of Netflix films.

The film begins with an all too common occurrence, a tragic car accident with the surviving passengers wailing in agony. Angel, played by Mario Casas, barely bats an eye as he hoists the patient into the ambulance. After the title, we find him and Vane, played by Déborah François, making another attempt at conceiving a child. Even with his supposed fiancé, Angel is hardly compassionate. He brushes off her concerns and only acts romantic only after insulting her to the point of tears.

During another shift, Angel finds an old woman who passed peacefully in her sleep. He steps deeper into a*****e territory as he steals the old woman’s jewels and stuffs them in his pockets. He pawns the jewelry to Fermin, a sleazy gangster played by Raul Jimenez, for extra cash.

Back at home, Angel and Vane share a nasty exchange about their lack of success at pregnancy. Instead of showing any sense of compassion, Angel snaps at Vane about her body and her wishes. Whenever Vane brings up the mere possibility that his sperm might be weak, Angel denies any possibility. The unsettling argument only feels more unnecessary just one scene later. A doctor, played by Alice Bocchi, tells Angel that his sperm is indeed weak.

On Angel’s next shift, the ambulance crashes and renders him paralyzed from the waist down. With all the previous scenes in mind, I figured that such an experience would at least make him appreciate all that he has.

Losing his legs had only made him more bitter, angrier, and possessive. He questions Vane interacting with her male classmates, forces her to stop pursuing her veterinary dreams to take care of him, and hacks her phone to spy on her through her camera while she is at work. He doesn’t even stop there. Angel kills his elderly neighbor’s dog by leaving out a slab of meat laced with dozens of needles inside it–just because he barks too loudly at night.

Although Vane finds Angel’s hacking tools and leaves him for good, this only twists Angel’s mind deeper into pure evil. Months later, Angel manages to follow Vane, learning of her typical whereabouts and of her new boyfriend before setting his ultimate plan into action.

During a “coincidental” encounter with Vane, Angel convinces her that he has changed his outlook on life and invites her to his home again. When Vane is distracted, Angel tranquilizes her and ties her to the bed, trapping her as his own for weeks. He makes sure that no one interferes with his plans for her. He first kills Vicente, the old dog owner played by Celso Bugallo. When Vane’s current boyfriend gets suspicious of Vane’s disappearance, Angel hides in the shower and tranquilizes the man before overdosing him with a cocktail of drugs. His buddy, Fermin happily disposes of the bodies for him. Worst of all, Angel convinces two police officers, played by Gerard Olms and Tony Corvillo, that he has no involvement in the disappearances…

All while Vane is knocked unconscious in the bedroom only a few feet away, behind a closed door!

With time running out, Angel speeds up his plans and successfully injects Vane with his semen via a turkey baster, finally impregnanting her. We also find out that Vane had been temporarily paralyzed from the waist down via a powerful toxin. Angel truly had made himself the king of despicable men by making his ex go through the tragedy that he is living through. The moment Angel leaves for an errand, Vane makes her daring escape.

Vane tries crawling down a long flight of stairs, but Angel quickly finds and catches up with her. The two engage in a bizarre but tense struggle until Vane pushes Angel off the stairs. The abuser plunges to his death.

The final scene shows us Angel, now completely immobile and without any motorskills. He is completely helpless. But he has a surprise visitor, Vane. Despite everything that he did to her, she shows up not to finally put him out of his misery. She Takes Angel home, wheeling him out of the hospital as “Un Sobrito de Champagne” by Los Brincos plays.

As a whole film, The Paramedic is a typical dark-thriller film. What makes it special is the absolute hatred Mario Casas’ acting brought out of me. I never thought I would despise any character more than Angel, and he essentially gets away with it all in the end! I would highly recommend this film just for Mario Casas. It is available now to watch on Netflix.

A tragedy turns a heartless paramedic cruel. His bitterness helps him formulate a diabolical plan to finally have his dream family.
8

While the film as a film presents itself as a typical dark-thriller film, Mario Casas' performance is what makes it unique and worthwhile watching. I have never hated a character as much as I have hated Angel. The only setback is the ending. With such a villain doing so much harm to those around him, a better payoff is definitely warranted, but the journey is still a heart-stopping ride. 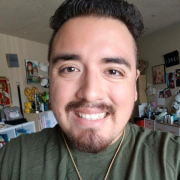 TRAILER & POSTER: Barbara Crampton is back as the producer of the new ‘CASTLE FREAK’

By Christian A. MoránFebruary 15, 2022
Exclusive

By Christian A. MoránJuly 2, 2021
Exclusive
Social connect:
or