0
ALL SOUL'S DAY: A way to honor and celebrate our departed loved ones.

More than 500 years ago, when the Spanish Conquistadors landed in what is now Mexico, they encountered natives practicing a ritual that seemed to mock death.

Unlike the Spaniards, who viewed death as the end of life, the natives viewed it as the continuation of life. Instead of fearing death, they embraced it. To them, life was a dream and only in death did they become truly awake.

Many are fast to label it as “weird” – why – because it’s not their belief ?

The primary thing to remember is that El Día de los Muertos (The Day of the Dead) is neither morbid nor gloomy; instead, it is a festive remembrance of the departed.

Most recently, the 2017 multi-award winning film COCO (Walt Disney Pictures, Pixar Animation Studios), gave light to this wonderful Day Of The Dead tradition. Highlighting the concept of honoring our ancestors, not what many confused as “adoring” them. Truly a wonderful film, full of love that has demystified many misconceptions about this holiday to people from other cultures.

The belief is that the gates of heaven are opened at midnight on October 31, and the spirits of all deceased children (angelitos) are allowed to reunite with their families for 24 hours. On November 2, the spirits of the adults come down to enjoy the festivities that are prepared for them.

Families set up Altars to welcome departed spirits home. They place their favorite drinks, food & toys. Pictures of the deceased are also placed here along with other Ofrendas (Offerings) such as personal belongings & just about anything they enjoyed in life! Some are very elaborate & can run up a big bill too!

Mexican families also make a trip to the cemeteries during Día de los Muertos to clean up the family member’s gravesites and decorate them as well. This day is not only celebrated in Mexico but also in Italy, Spain, South America and the Philippines all celebrate All Souls and All Saints Day on November 1st and 2nd as well.

I walked through the cemetery during Día de los Muertos, thank God I had nobody to visit!

But I must say it was something beautiful to see! Full of candles, flowers & people. Color all over, I mean you can’t even walk! Tradition to its fullest, wow what a unique way to honor & remember our loved ones who have departed. But have they really departed? I don’t think so…because we honor them & remember them with so much love.

Proud of my roots and to be Mexican. 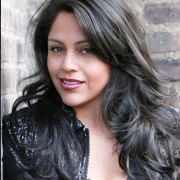 Paola Tonini
Paola Tonini is a professional and multi-talented actress and content producer. She is also a freelance sales talent with Telemundo 47 New York. She is known for her cheerful personality and charisma!!

METROPOLITAN GOTHIC: The Making of a Latino Superhero

GAMES: IDW Is Out There With ‘THE X-FILES

REVIEW: Mike Flanagan Holds a Well Polished Mirror up to the Genre with ‘OCULUS’