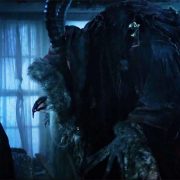 A boy who has a bad Christmas ends up accidentally summoning a festive demon to his family home.

Michael Dougherty‘s return to the horror space after his Trick ‘r Treat anthology begins as a jolly folly – and ends with a shriek and switch to your backside. ‘KRAMPUS’ is not your father’s Santa Claus story. So cancel the Yuletide cheer ‘cause old Saint Nick ain’t coming for milk and cookies this year. Instead, he’s sending his wicked enforcer to collect on all debts naughty. At least that was the promise of the film’s trailer (at bottom). However, It’s never a good sign when the publicist’s email comes with a stern last-minute “embargo” caveat. Then, ten minutes before one of the few press screenings ends, said publicist fires off a query asking for your “honest reaction/feedback.” Say what? So it stands to reason that the actual movie is another beast altogether (yes, I went there).

Horror films are said to encapsulate the zeitgeist of the times in which they are made better than any other genre. And in the opening frames of Dougherty’s horror-comedy, he takes a conspicuous stab at this in order to set up the film’s core premise. Presumably having gorged themselves on Thanksgiving turkey, stuffing, cranberry sauce and pumpkin pie, hordes of Black Friday zombies burst through the doors of a big chain mall-box and stampede over each other for a faux and ephemeral discount, and somehow venture onward toward Christmas with dignities intact. All to a classic Bing Crosby Christmastime tune. But don’t believe the hype.

After this segway, we find pre-teen Max Engel (Emjay Anthony) looking forward to Christmas. His immediate and extended family has a foot firmly embedded in the ideal American middle-class, as well as a toe or two in the world of deleterious trailer parks, as we soon discover when his relatives arrive in the form of a noise tornado bearing gifts and unkempt manners. Max’s parents Tom (Adam Scott) and Sarah (Toni Collette) are middle-of-the-road Vanilla and wrapped too tight, while his lug of an uncle Howard (David Koechner), his wife Linda (Allison Tolman), and their chubby double-trouble offspring are clearly on some homemade mood-altering stuff (that most will wish they had as this clichéd universe is first being fleshed out). Thrown in for good measure is the wise but monosyllabic grandmother Omi (Krista Stadler) who only speaks in her native foreign tongue, shares a special bond with Max and will become useful later (German, in case you’re curious), and the cantankerous Aunt Dorothy (Conchata Ferrell) who finds fault and displeasure in every corner of the Engel home while eating and drinking them out of it.

Meanwhile, Max’s teenage sister Beth (Stefania LaVie Owen) has been out visiting with her boyfriend and missed the fireworks back at the ranch. During a break in the storm she begins her trek back home and becomes the first to encounter Krampus (Luke Hawker) during a genuinely creepy scene that also posits that this anti-Claus doesn’t work alone. The use of a muted whiteout caused by the lingering flurries is a fantastic atmospheric touch, as anything can be expected to jump out from just beyond the ethereal mist.

Krampus—the ‘Christmas Devil’—is grounded in Pre-Christian folklore, specifically Austrian/Germanic Alpine Paganism (no relation to me), and the name itself is derived from the German word Krampen, which literally means “claw” and is an offshoot of old Christmas traditions. Traditionally, Krampus, also known as Santa’s ‘evil twin’ is tasked with dispensing the punishment to misbehavin’ children – some only to suffer several swats from a switch made of birch or thrown into the creature’s sack and taken away never to be seen again. But if you think this mythology is at odds with the endearing red-cheeked patron of good will, think again. Santa Clause as we know him today is a Mad Men convention, first concocted by the Madison Avenue boys during the 1930s to drum up sales for the soft drink Coke. Dig a little deeper into Santa’s past and you’ll come up with a much darker and sinister résumé.

In this modern rendition, Krampus is tasked beyond his normal call of duty and also terrorizes anyone who does not believe in the traditional virtues of Christmas, which based on how people loosely adhere to religious dogma these days, is casting a wide net for sure. With so much to be done, there’s no wonder the creature must employ a small brigade of Elves, demons and evil toy incarnates to get the job done. It’s enough to make Krampus place a call into the Non-benevolent Creature’s Union (and easier to say ten times than The League of Extraordinary Gentlemen). Still, Max is Krampus’ main target and everyone else in the path of this objective is merely collateral damage – nothing personal. What fans of the celebration will take personally is how far off the mark the film is on Krampus proper. Artistic license has completely watered down the spirit of an age-old folkloric tradition for the palate of American consumerism. (So much for lessons learned from the Black Friday opening sequence.)

With Krampus beginning to catch on in the United States it was only a matter of time before the Hollywood machina began to see the benefits of co-opting the folkloric brand in order to replenish the coffers (look at what’s happening of late with the sacred Mexican tradition of Día del Los Muertos). The indie film sector has also caught the “me too” vapors and a long line of attempts will be made to bring the folklore to a screen or mobile device near you (a few are mentioned here). There is even a parade and series of celebrations in Los Angeles that promise to continue to expand the presence of Saint Nick’s brutalizer-in-chief on this continent. Given the tradition’s infancy on these shores, the distributor’s choice of a December 4th release date is choppy at best (although Krampus is traditionally celebrated on December 5th), as the film faces an uphill battle being scheduled during one of the worst slots in moviedom – right after Thanksgiving leading the path to Christmas, a period I refer to as “The Itis.” That is either a ditsy move by the studio’s marketing team or pure genius. It could have been worse — Krampus could have been sent out to do his dirty work during the month where genre films go to die: February.

There IS genuine entertainment to be mined in this film. The film’s production design and cinematography sets an eerie tone that lends itself to the isolation imposed upon the family, making their choices as limited as possible. And when Krampus’ minions—in the form of various twisted holiday Tchotchke—are inadvertently allowed into the home via a few well-placed Trojan Horses (we’ll not give it away), including some creepy Gingerbread men who shoot back, all hell breaks loose and the two families find themselves forming a cohesive unit if for nothing more than self preservation (the film has loftier moral aims). Here the kinetic factor is kicked up a few solid notches and you finally find yourself settling in for the ride. And slowly but surely, everyone’s purpose is made clear, even that of the reclusive gun-totting redneck who “must protect the herd.”

The visual and creature effects by Weta Workshop (Peter Jackson‘s New Zealand-base shingle) are top-notch, as you might expect. Unlike other genre strands, the success of horror films is not predicated on having A-list talent. Here we find some recognizable faces and the acting is solid throughout. Still, something is amiss. Perhaps it’s the script that doesn’t really ask for true take-no-prisoners scares or gore, although some of it is effectively implied. After all, not only are the film’s characters snowbound, they are also landlocked by its PG-13 rating, which makes Krampus really sour.

Dougherty and Legendary Pictures were certainly shooting to make this holiday spin an evergreen (read ‘cult’) classic, and perhaps sought to plug up the hole left open since the release of ‘Black Christmas’ back in 2006. Boxed into the confines of its rating like a badly wrapped present, however, we’re not sure that’s going to happen. The film’s hybrid attempts to be both a dark comedy and legit scare-fare fall just short on both ends. It’s the difference between riding an old-world wooden roller-coaster versus a modern theme-park speed demon that glides on tubular steel rails: the rough bumps are gone and the ride is a little too slick and clean despite all the forced twists and turns. In the end your hair is blown back for a brief moment but you don’t have any bruises to show for it.

METROPOLITAN GOTHIC: The Making of a Latino Superhero 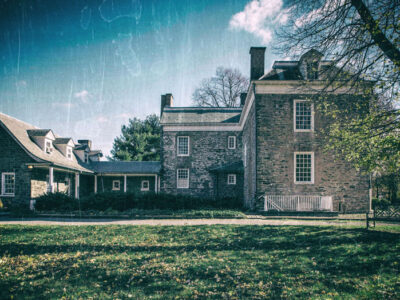 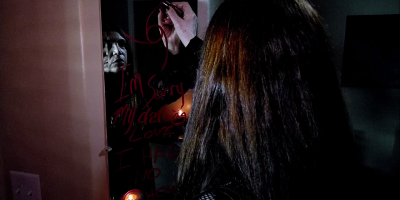 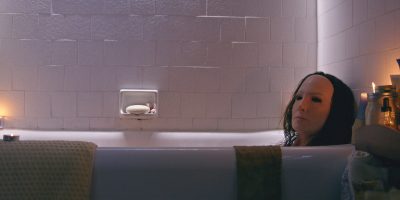 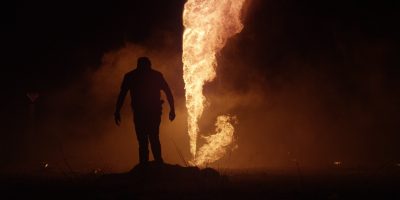 TRIBECA 2019: Children and Gas makes for a deadly mix in ‘The Gasoline Thieves’ 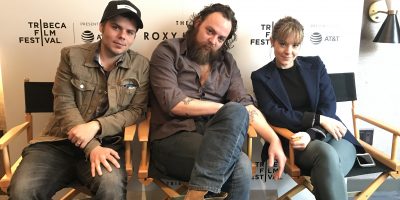 TRIBECA 2019: Monsters & Break Ups, an Interview with the Cast & Crew of ‘Something Else’

By Christian A. MoránApril 30, 2019
Exclusive
Social connect:
or