0
Next generation takes the ghost-busting baton in 3rd Ectoplastic adventure.

When a single mom and her two kids arrive in a small town, they begin to discover their connection to the original Ghostbusters and the secret legacy their grandfather left behind.

Columbia Pictures’ long anticipated trailer for Ghostbusters: Afterlife (2020), after much buzz about it over the weekend on the Internet and fan blogs, has hit big time! And while much of the original cast has been rumored to bet part of the third film (sans Harold Ramis who passed away in 2014), Bill Murray, Dan Aykroyd, Ernie Hudson, Sigourney Weaver or Annie Potts are nowhere to be seen in the full trailer.

The third in the series finds Jason Reitman, the son of series director Ivan Reitman at the helm following up on the legacy. Reitman senior is in the producer’s eat this go around. The 2020 film is written by Gil Kenan & Jason Reitmanm, while the 1984 classic was penned by comedy legends Dan Aykroyd and Harold Ramis. Did we mention that Ecto-1 is back?

Enough talk. Peep the goods below.

As fans of the original film and franchise, and given today’s digital accomplishments and improvements, it would really be something to have the Egon Spangler character make an appearance of some kind. Hey, we’re just talkin’ tip-of-the-hat homage, here… 😉

Edwin Pagán
Edwin "El Miedo" Pagán is the Founder-In-Chief of LATIN HORROR. Pagán is a writer, filmmaker and life-long horror fan. In 2008 he founded LATIN HORROR, an online niche market website specializing in Latin-influenced horror, its documentation, and promotion as a distinct genre. Pagán is at the forefront of the Latin "Dark Creative Expressionist" movement, a term he coined as a means of identifying the millions of lost souls who live outside the rim of mainstream society and whose lifestyle and work is grounded in horror, the macabre, and gothic arts. Currently, he is penning a book entitled 'MIEDO - The History of Latin Horror.' Trivia: He is noted for ending his written correspondence with the offbeat salutation 'There will be SANGRE!'

By Christian A. Morán
SHORT FILMS 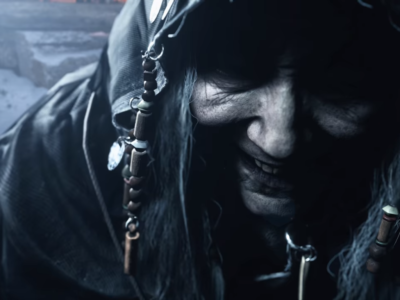