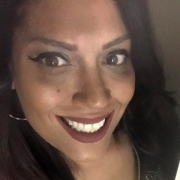 SECOND LOOK: Two For One
By Cindy SanabriaOctober 3, 20200
Reviews
Social connect:
or