LATIN HORROR first blew a gasket back in 2012 (and that’s a good thing) when it was originally floated that Guillermo del Toro would be directing an adaptation of Carlo Collodi‘s beloved fairy tale ‘Pinocchio.’ But the boil of our excitement quickly was tempered to luke-warm when the project stalled.

Now things are heating up again as the news recently hit that del Toro will be partnering with Netflix to bring his unique spin to the age-old Italian fable. Under ‘El Maestro’s’ direction, Pinocchio will once again return to the place of its origin–Italy– and be set against the backdrop of the 1930s, a period that has been very present in the director’s canon: think The Devil’s Backbone and Pan Labyrinth. The film will also be a stop-motion animation version of the classic!

A conscience is that still small voice that people won’t listen to. – Carlo Collodi, Pinocchio

Another shot in the arm is the fact that del Toro still aims to team up with the fantastic folk at Laika—the studio who breathed life into Paranorman and Coraline. Suddenly the choice of mediums becomes more organic.

We’ll have more as the project develops. 😉

Induct George A. Romero into the 2019 Bronx Walk of Fame 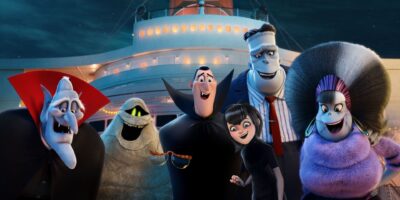