Soon after arriving to a mysterious cabin in the woods, a group of college friends discover the dark secret it holds, which forces them to fight for their lives. — Murder In The Woods (IMDB)

On September 15th LATIN HORROR hosted an exclusive online screening and watch party of Luis Iga Garza’s horror/slasher film ‘MURDER IN THE WOODS.’ The screening was followed by a public Q&A with the cast & crew moderated by “La Muñeca Del Terror” and LATIN HORROR Ambassadoress Gigi Saul Guerrero at our Youtube channel. We also conducted a series of interviews with the film’s diverse talent.

Today we proudly bring you the sixth of those interviews: SOLEDAD ST. HILAIRE, who plays Nana in the movie. The interview is conducted by LATIN HORROR managing editor, Christian A. Morán.

BREAKING: By popular demand Murder in the Woods Movie is going back to Theaters for the Halloween Season. Starting October 23rd! Get your tickets now to enjoy the film on the BIG screen with surround sound, the way it was meant to be seen — murderinthewoodsmovie.com

Peep the the trailer for Luis Iga Garza’s ‘Murder in the Woods’ below.

Latin Horror
LATIN HORROR (LH) is the first English-language website dedicated to the genre of Latin horror and features the leading Latin/Spanish/International “dark creative expressionists” whose work is grounded in horror, the macabre, and Gothic arts. Founded Halloween 2008. 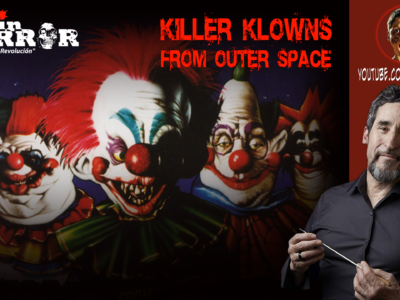 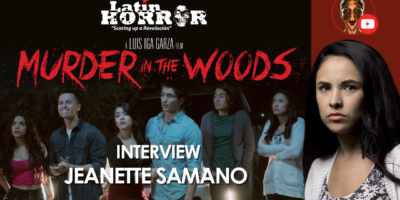 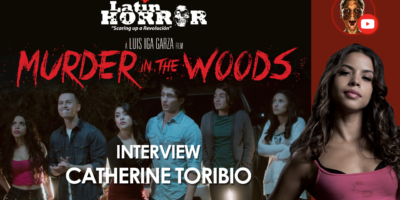